The debugger may be used when running tests or developing client applications locally.

Applications created by conduit create ship with a bin/main.dart script that starts the application. When developing, running this script from an IDE is often preferred to conduit serve because the IDE can leverage its full capabilities. One such capability is a debugger. In IntelliJ IDEA (and its suite of products), you may right-click on this file and select 'Debug' from the pop-up menu to run the application in the debugger. 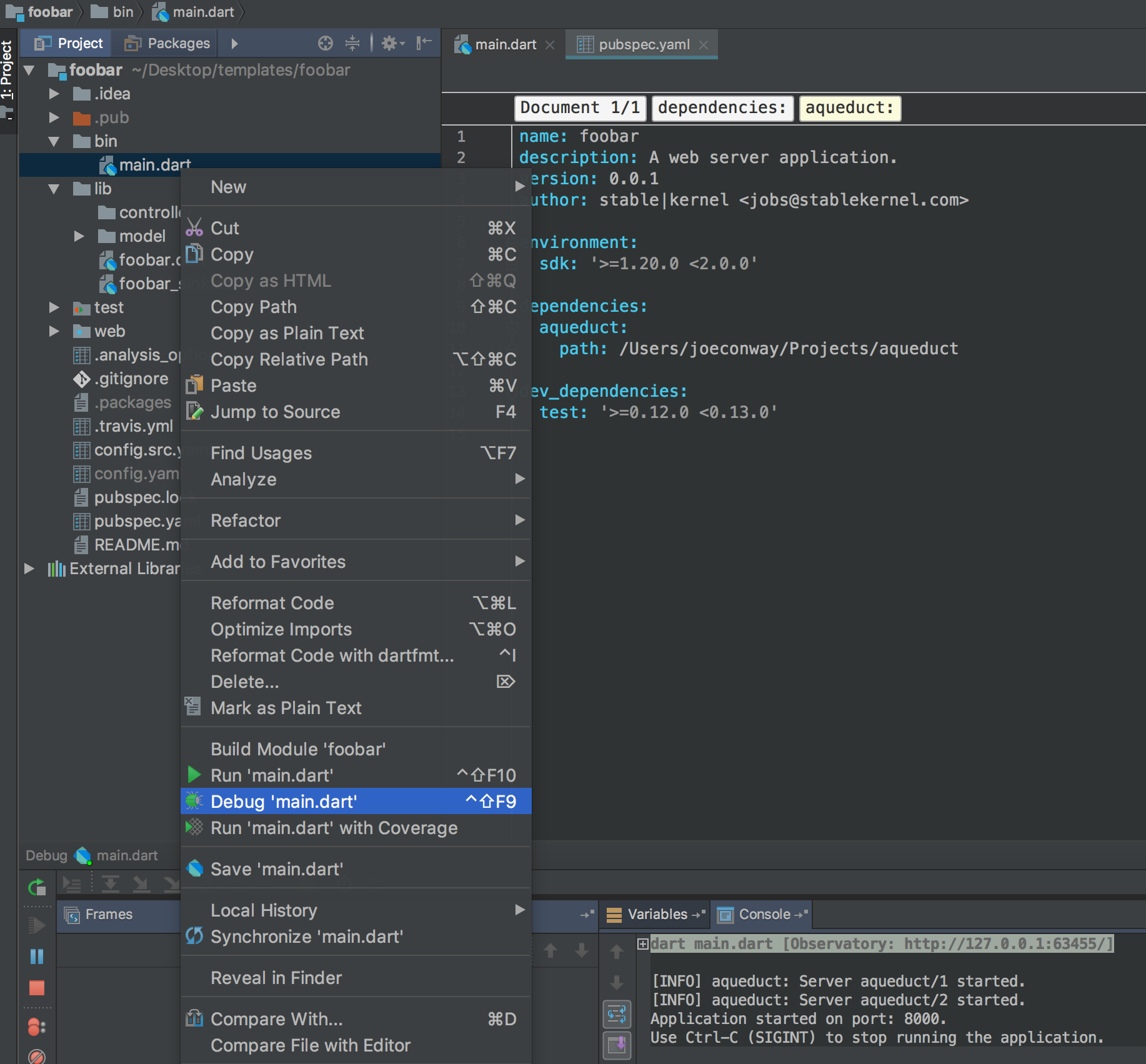 A valuable feature of a debugger is the ability to set breakpoints. A breakpoint pauses execution of your application at a specific point in the code, allowing you to view variable values and monitor the code path line-by-line as execution continues.

To set a breakpoint, you simply click on the gutter area next to the line of code you wish to stop at. 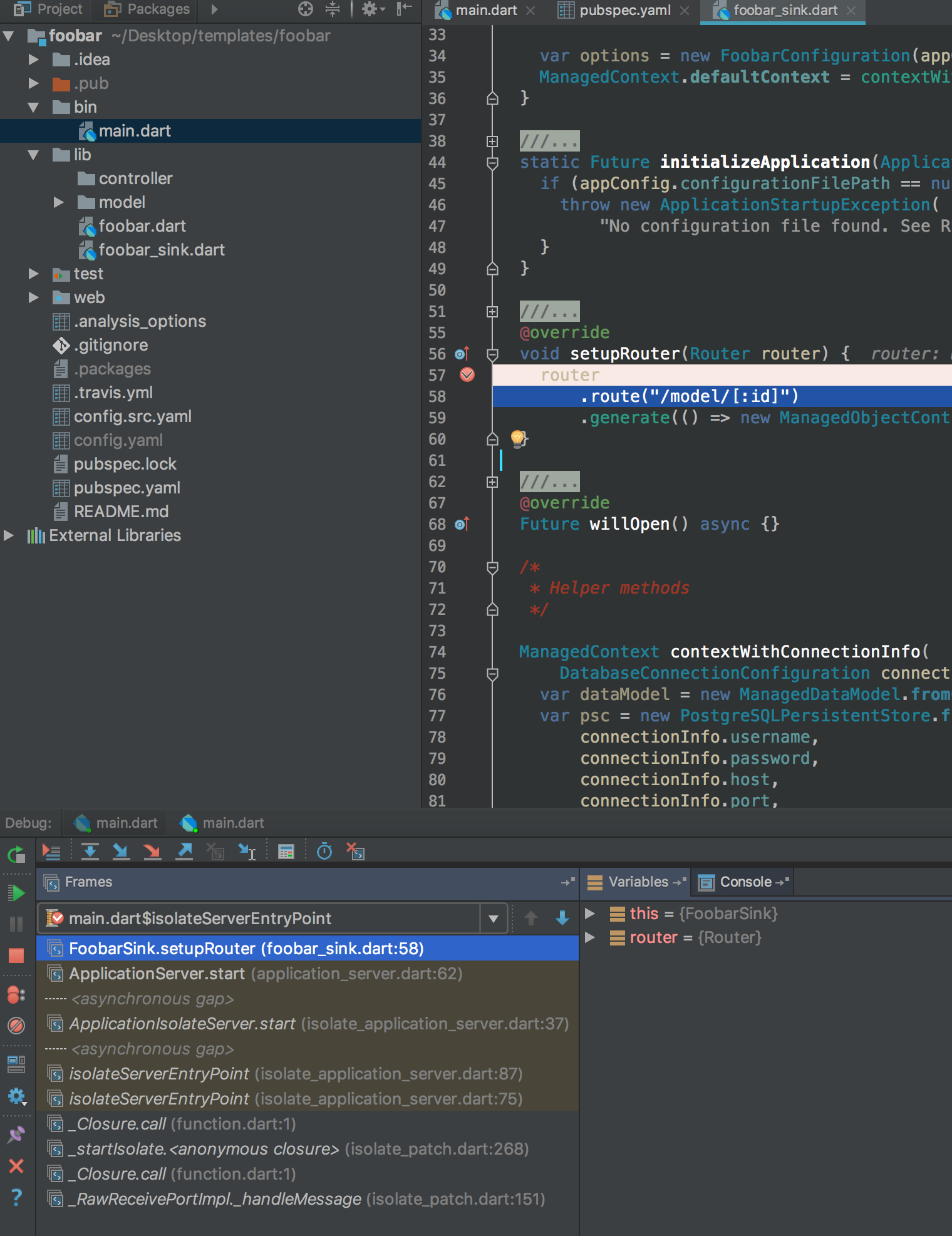 Once a debugger stops, you can view variable values in the center pane of the debugging panel. The left pane (labeled 'Frames') shows the current stack trace. The row of buttons above the stack trace allow you to continue executing code line-by-line.

Each button in this row has a slightly different behavior. From left to right:

Note that currently asynchronous invocations confuse the debugger a bit. To continue past an asynchronous method to the next line, set a breakpoint on that next line and hit the big green arrow on the left column of buttons.

To jump into an asynchronous method, command-click on its definition and set a breakpoint on its first line and then click the big green arrow.

You may also use Observatory to profile applications. Profiling consists of monitoring memory usage, allocations and how much time a function spends executing relative to the rest of your application.

Both conduit serve and bin/main.dart support starting Observatory. When running the application with conduit serve, add the --observe flag and Observatory will start listening on port 8181 and a web browser will automatically be opened.

When running the application through IntelliJ, Observatory will start listening on a random port. In the run console in IntelliJ, you may click on the Observatory hyperlink to open it in your web browser.