The purpose of this document is to understand the objects that comprise a Conduit application, and how they work with one another to serve HTTP requests. It also discusses the project structure on the filesystem.

The building blocks of a Conduit application are Controllers. Each controller type has logic to handle an HTTP request in some way. Controllers are linked together to form a channel; an ordered series of controllers. A channel is a composition of its controllers' behaviors.

Most endpoint controllers are created by subclassing ResourceController (itself a subclass of Controller). This class allows you to implement methods for each HTTP method (like GET or POST) for a given endpoint.

The Application Channel and Entry Point 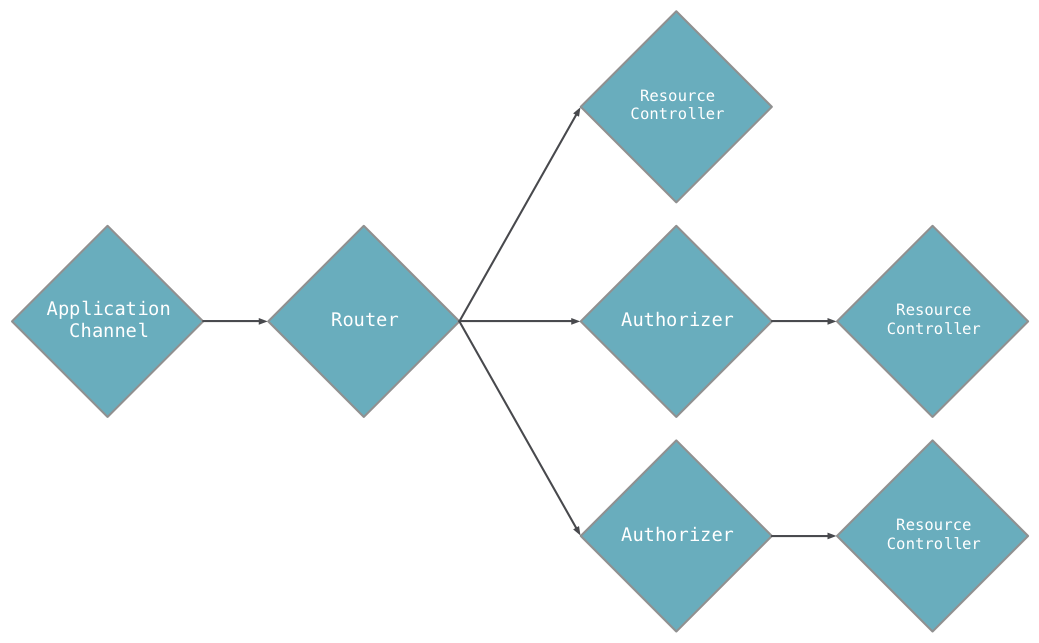 See this guide for more details on the application channel and entry point.

A Conduit project is a directory that contains, at minimum, the following file structure:

The name of any Dart application is defined by the name key in pubspec.yaml. In order for conduit serve to run your application, there must be a .dart file in lib/ with that same name. This is your application library file and it must declare a ApplicationChannel subclass or import a file that does. This is the bare minimum requirement to run a Conduit application. (See Deploying for more details on running applications.)

For organizing applications of reasonable size, we recommend the following structure:

The required pubspec.yaml and lib/application_name.dart files are present alongside a few others:

Feel free to create other subdirectories in lib/ for organizing other types of files.

Conduit runs on top of dart:io and relies on its HttpServer implementation. When a Conduit application is started, one or more HttpServer instances are bound to the port specified by conduit serve. For each HTTP request, an instance of Request is created to wrap the HttpRequest from dart:io. The Request is added to a ApplicationChannel, sending it through the channel of Controllers until it is responded to.

In rare circumstances, you may choose to remove a Request from the application channel and manipulate the request with dart:io only. Once removed, it is your responsibility to respond to the request by setting properties on and closing the HttpRequest.response. To take a request out of the channel, simply return null from a Controller:

This technique is valuable when Conduit can't do something you want it to do or when using websockets.