One of the primary differentiators between Conduit and other server frameworks is its multi-threaded behavior. When a Conduit application starts, it replicates the application logic across a number of threads.

In Dart, threads are called isolates. The difference in naming isn't just to be cute - an isolate is a little bit different than a thread in that memory is not shared between isolates. Each isolate has its own heap (this is where memory for objects is allocated from) that other isolates can't access.

An isolated thread is very valuable. Many multi-threaded applications share memory across threads, which require difficult design patterns and can easily introduce hard to track bugs that even the most experienced programmer will have a hard time avoiding.

More importantly, you - the programmer - have to do absolutely nothing to take advantage of Conduit's multi-threaded behavior. You simply have to pick the number of isolates you want to run the application on (see this section).

While you don't have to do anything in a Conduit application to take advantage of multiple processors, there are things you shouldn't do or should do in another way.

First, you must be careful of keeping any state in your application. After initialization, any objects created while handling a request should be destroyed once the request is fulfilled. Any data that needs to be persisted must be stored in a database or other data store. This is just good practice for a REST API anyhow, so nothing is really lost here.

However, there are times where you do need to track state. For example, if you are managing websocket connections, you do need to store some state after initialization - a reference to the websocket. This guide covers this topic in detail; the simple explanation is to use the ApplicationMessageHub.

Another thing that is important to consider is initialization. The methods prepare() and entryPoint in an application channel will be invoked on each isolate. This behavior is guaranteed to occur for each isolate and there is often little to worry about.

However, when implementing ApplicationChannel.initializeApplication, code runs on the main isolate. Any changes to static variables or singletons will not be replicated to the isolates running the application logic. The use case for this method is rather minimal, but it is very important that types like CodecRegistry aren't configured in this method.

How Many Isolates Should I Use

There are a number of variables that factor into the isolate count decision. First, recall a computer essentially does two things: it executes instructions and transmits data. Both of these tasks take time, especially when that data is transmitted to another computer thousands of miles away. (It is a modern marvel that these tasks occur as fast as they do - one that we often take for granted.)

For example, when running benchmarks with wrk on my four-core machine, I get significantly better results as I add isolates 1 through 4, but then I get marginal gains and finally less or equal performance as I increase the number of isolates past 4. The blue bar represents the number of requests per second for each isolate count when making a simple HTTP call to Conduit. 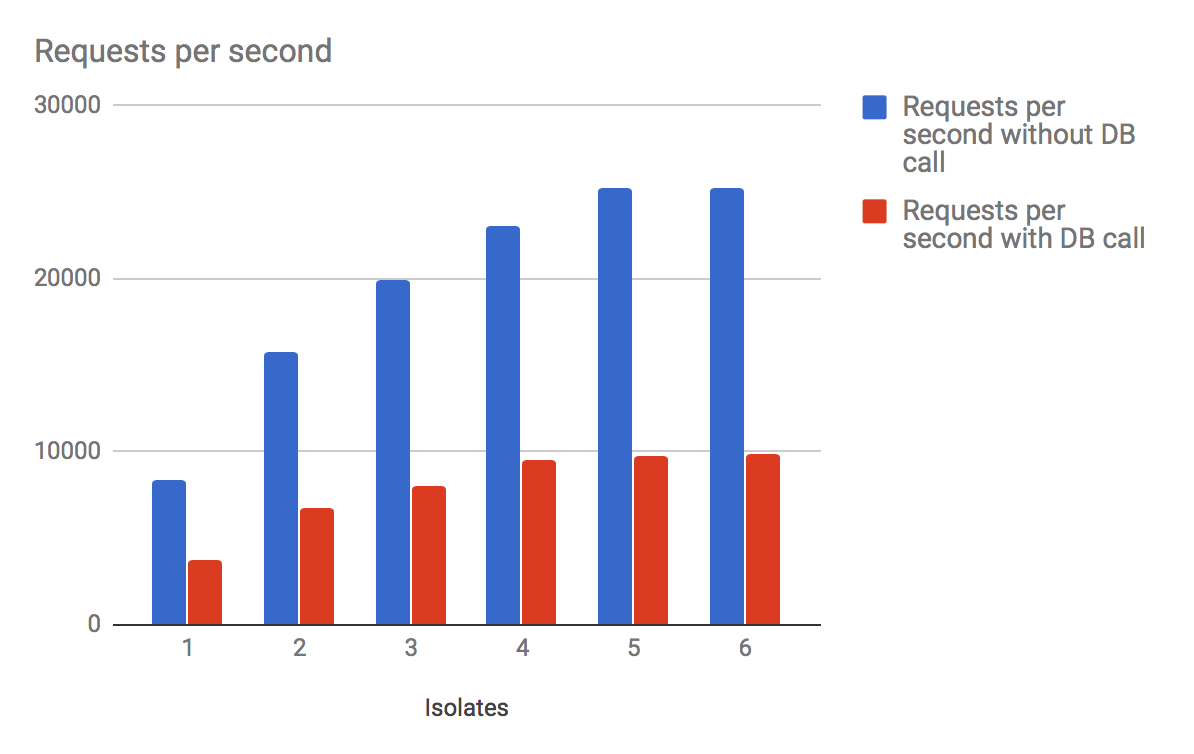 (Note that benchmarks are a good way of measuring relative performance of an application and identifying bottlenecks, but real world usability performance across a network is the only measurement that matters. The absolute value of these benchmarks should not be taken seriously, as they entirely remove the network portion of the transmission.)

But this isn't the whole story. Server applications are rarely CPU-bound, but instead IO-bound. The red bar represents the number of requests per second when making a database query and returning the results of that query as JSON in the response body. When using Observatory, the measurements indicate that the overwhelming majority of the time is spent transmitting data to and from the database. This is an example of being bound by IO (and the speed of the query). 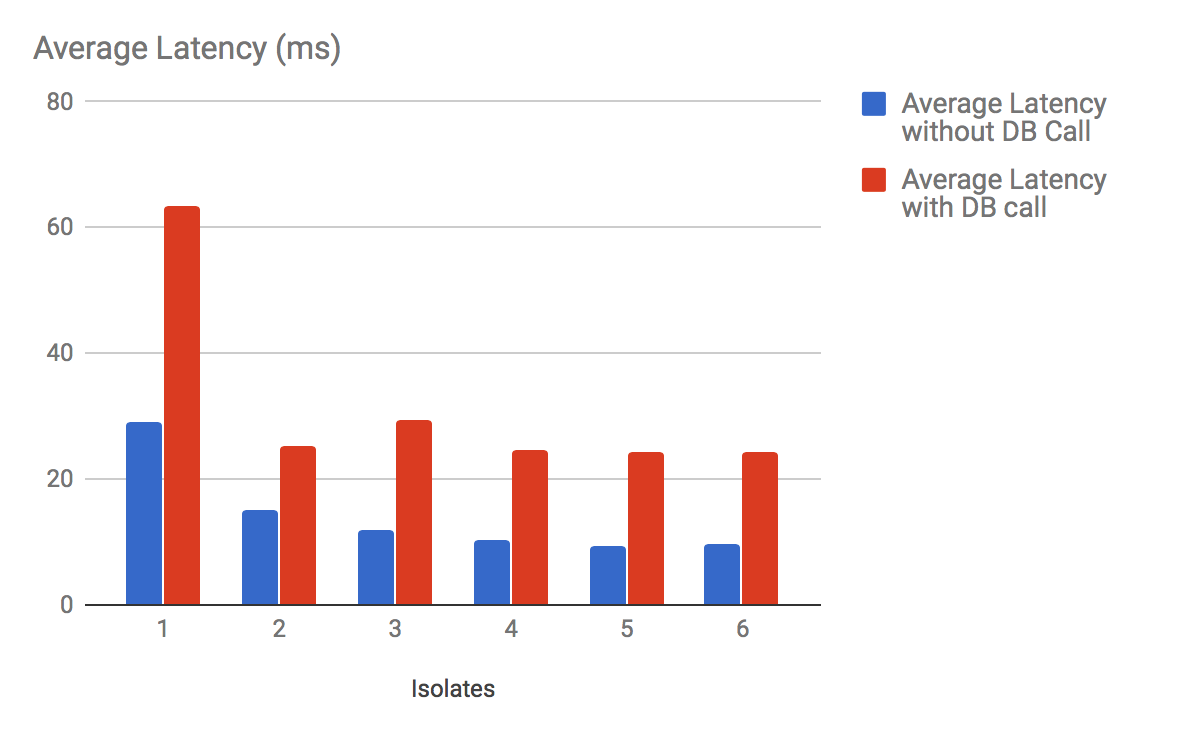